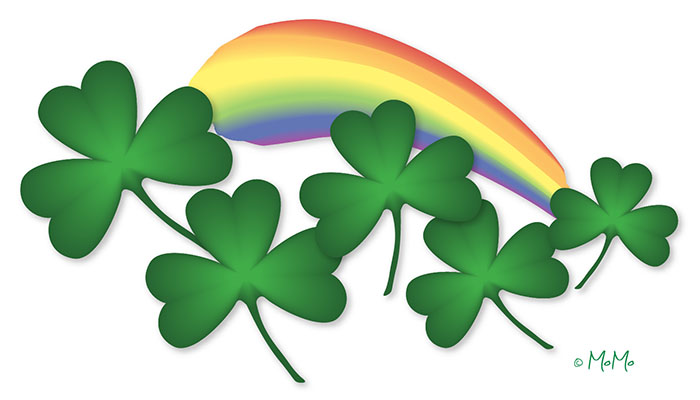 I was born of the Wild Irish Mulligans and the More Practical but Stubborn Mullins clans.  As luck would have it, my father, “Contagious Laugh” and my mother, “Blue River Eyes” had five little shamrocks together, all of which were daughters.  The oldest and wisest daughter was “Big Boss”, after five years came another girl, “Full of Mischief” (or Blarney) closely followed by myself, “Little Peacekeeper” and then a year later “Our Mascot” with “Always the Baby” making a grand entrance five years later.

Over time, “Contagious Laugh” and “Blue River Eyes” tired of their marriage and the constant turbulence. All five shamrocks huddled and hid from the storm of their parent’s discontent, which lasted 23 years.  They grew very close, making a pact to always stick together.  “Big Boss” led the way making a path for the rest of us.  Hers was the hardest role, always testing the waters to see if it was safe.  She often took the full brunt of the Irish storms and sheltered the rest of us.  “Full of Mischief” ventured out to sea and other dangerous adventures but she always got caught and was brought back home, which kept our parents pre-occupied.  Always watching in the shadows, I kept score of the storms and calmed the winds and kept the peace while “Our Mascot” slipped by unnoticed and into her world of make believe. “Always the Baby” had everything done for her so she never had to brace the storms by herself.

“Contagious Laugh”, worn down by the raging storms started to lose his humor and turned to drinking and gambling and other wild acts while “Blue River Eyes” lost her clarity and faded away for a time.  Every now and then, the storms let up and the sun filtered through the clouds and a rainbow would be seen over our shore.  Eventually, my father, “Contagious Laugh”, prompted by my mother, “Blue River Eyes”, quit drinking and the storms calmed altogether but they had caused too much damage and my parents drifted their separate ways. But because the shamrocks had made their pact, they grew up strong and resilient to the storms that passed through their childhood.  Together, they all had learned to weather whatever storms life had in store for them and to mend their broken sails so that the tears did not show.